Three Labour parliamentarians joined the All-Party Parliamentary Group Against Antisemitism for a half-day in London on 20 June, to learn about antisemitism, responses to it, and the connected policy concerns.

MPs Vernon Coaker (Gedling), Anna Turley (Redcar), and Louise Haigh (Sheffield Heeley, Shadow Policing Minister) were joined by comedian and author David Baddiel following a meeting at the headquarters of the Community Security Trust. The delegation began the day at CST where they were briefed about the community’s security operation and modern antisemitism by a number of leading experts.

The group then transferred to North West London Jewish Day School, saw the security arrangements and heard directly from pupils about their thoughts and feelings on being young Jews in Britain. Baddiel spoke to the pupils about his children’s books as part of the session.

Following the school visit, the MPs were joined by others including JC columnist Jonathan Freedland, former Commons Deputy Speaker Natascha Engel, and a leading independent wrestler, David Starr, to watch a performance of Marlon Solomon’s one-man show about conspiracy theories.

Two Conservative MPs who had hoped to join the tour, Anne-Marie Trevelyan and Paul Masterton, were forced to withdraw owing to an unforeseen overlap with the party’s leadership votes. They hope to join a future delegation. 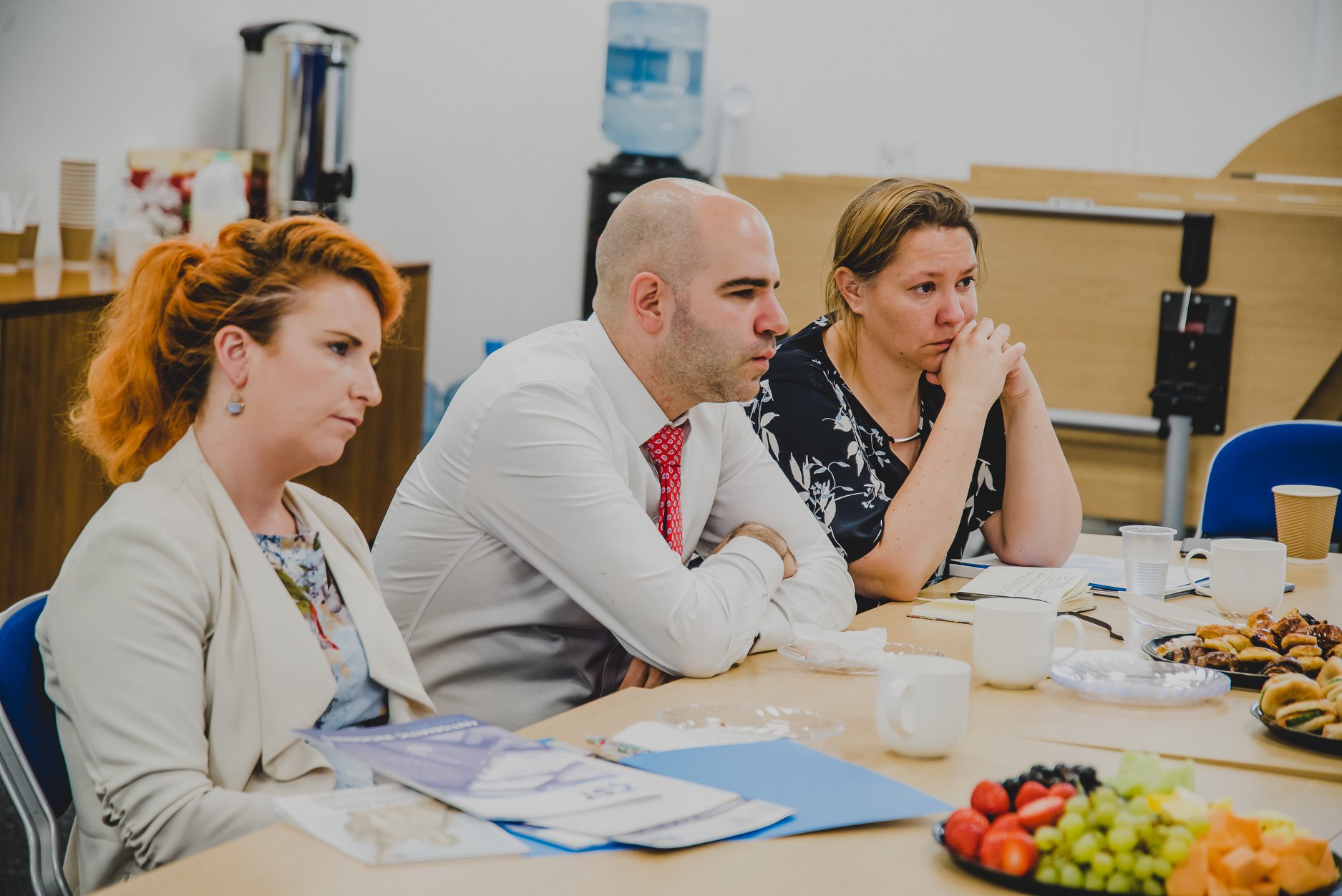